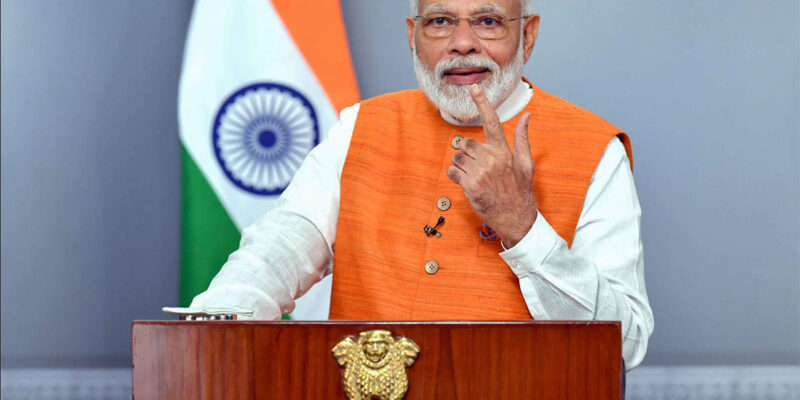 What Are The 4 Initiatives of e-courts Launched By Narendra Modi?

New Delhi: Prime Minister Narendra Modi unveiled several measures related to the e-court program on November 26, 2022. It happened during the Constitution Day celebrations at the Supreme Court of India. He has announced a total of 4 initiatives of e-courts under the eCourts Mission Mode Project.

The Virtual Justice Clock, the JustIS Mobile App 2.0, the Digital Court, and the S3WaaS Websites are among the initiatives the Prime Minister has announced. On account of all Indian District Courts, the Department of Justice, Ministry of Law and Justice manages and funds the Pan-Indian E-Courts Mission Mode Program.

The e-Courts Mission Mode Project: What Is It All About?

The e-Courts Mission Mode Program is a nationwide eGovernment endeavor to ICT-enable the country’s district and subordinate courts. The project’s objective is to improve the ICT capabilities of courts to offer tailored services to plaintiffs, lawyers, and the judiciary.

The 4 initiatives of e-courts are supported by both the superior organizations:

What The Chief Justice Of India And Law Minister Had To Say?

The Indian Constitution’s history, according to Chief Justice of India, DY Chandrachud, is not merely one of legal language and interpretation. But, it is also one of the human suffering, sacrifice, and eradicating unfairness against the socially underprivileged.

According to Law Minister Kiren Rijiju, PM Modi has emphasized the need to promote regional languages in courts to boost public trust in the legal system and give them a sense of belonging. He said that the Bar Council of India had established Bharatiya Bhasha Samiti under the auspices of his Ministry.

The Virtual Justice Clock is a project to display essential data on the court-level dispensation of justice, providing information on cases filed, cases dismissed, and issues still pending daily, weekly, or monthly.

The JustIS Mobile App 2.0 is a tool provided to judicial authorities for an efficient case and court administration. It can be done by monitoring the work performance of each judge as well as the court’s overall disposition.

Judges of the High Court and Supreme Court are now given access to this app. The goal of the digital court effort is to facilitate the shift to court where there’s no use of papers. In that way, the court records will be digitally accessible.

This is yet another one of the four initiatives of e-courts that were announced. The goal of the digital court effort is to facilitate the shift to court where there’s no use of papers. In that way, the court records will be digitally accessible.

The complete form of S3WaaS websites is the iSecure, Scalable, and Sugamya websites. It is a framework for creating, setting up, deploying, and managing websites to publish detailed data and services pertaining to the district judiciary.

S3WaaS is another cloud service created for use by powerful government bodies. It is to build websites that are safe, secure, and accessible; they called it sugamya. And it is accessible in languages to all citizens and people with disabilities.

These were the four initiatives of e-courts that PM Narendra Modi announced under the eCourts Mission Mode Program.