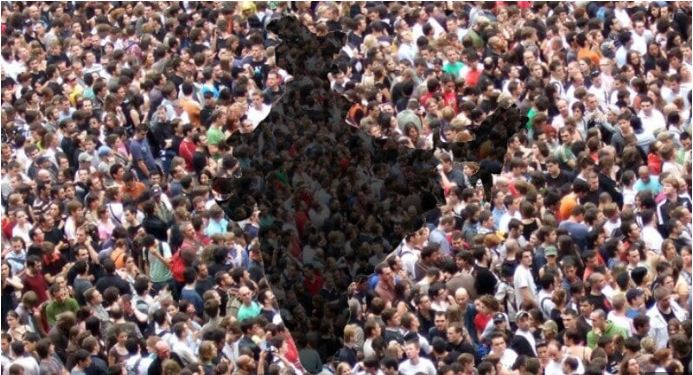 The Population Control Bill: A critical analysis of the bill

The aim of the Population Control Bill is inarticulate and unwarranted, with no clarity about what it is that the markers want- an average growth rate, a small population size, or targeting a particular kind. One of the many arguments is that the rich habitually condemn and bemoan the rural, backward class who irresponsibly indulge in recurring pregnancies due to unhealthy hypersexuality, uninformed about the contraceptives available in the market, and unbridled fertility. Another argument is that Muslims have access to more than one wife, ultimately allowing them to reproduce babies like a factory. It makes us wonder whether the makers are targeting a particular section/class of society through this bill. It is clear that the bill precisely decrees a two-child policy and is therefore cut out to target the rural, poor, backward class and, of course, the Muslims.

Aim and Object of the Act:

The Population Control Bill seeks to recognize the prominence of a well-adjusted and balanced population with an average fertility rate in India, mainly due to the increasing pressure on limited natural resources, large-scale environmental degradation, urban air pollution, and reduction in the size of agricultural holdings. This bill failed to recognize that increase in the population size is widening the gap between the rich and the poor more and is likewise snowballing another socioeconomic issue of poverty in India. The bill also failed to realize that the rate at which the population is increasing is also an impediment to the development of the country.

Irrefutably, in the past three decades, India has made substantial progress in decreasing the population growth rate. The fertility rate decreased from 4.97 in 1975 to nearly 2.4 in 2015. It is expected that in the upcoming decade, the fertility rate in India will soon reach 2.1. However, notwithstanding the decrease in fertility rate, as per the United Nations World Population Prospects report, India’s population will continue to increase till 2050.

Therefore, by way of this bill, the markers seek to introduce benefits and incentives to control the population and provide for the constitution of a National Population Stabilization Fund. The bill emphasizes the enforcement of two-child norms.

The section stipulates that “The Central Government shall ensure that contraceptives are available at reasonable rates at all sub-health centers in the country.”

Another measure/provision that can be prescribed is that contraceptives can be included in The Essential Commodities Act, 1955, in the public interest and can be made available at a fair price so that it is convenient for the married couple living below the poverty line. The awareness circling around the use of such contraceptives shall be a priority for the government.

The section stipulates that “The appropriate Government shall set up district level monitoring committee to be known as District Population Stabilization Committee in hundred districts with the highest recorded population growth rates.” The bill fails to exhibit how the committee will function, the percentage of the representation required to form this committee, and whether a yearly/half-yearly report is to be submitted to the central government on the development to curtail the population growth rate.

The section stipulates that “If both the husband and the wife, who have only one child, voluntarily undergo sterilization/ operation, the appropriate Government shall provide them with the following benefits, namely:-

This specific provision is promulgating the reservation system, which is deeply prevalent in India, by adding another criteria/quota for admissions in Higher education and government jobs. The Supreme Court recently ruled that “reservation isn’t a fundamental right”. Allocating reservations is contrary to the idea of the right to equality. Major stringent laws and sanctions are required to implement provisions for control of the population in India. Amplifying an already existing concern about the reservation system in India will further propagate violence and discontentment in the public.

The section stipulates that “If both the husband and the wife, in the case of a married couple who are living below the poverty line, and having only one child, voluntarily undergo sterilization/ operation, in addition to the benefits granted under Section 6 by the appropriate government, the such married couple shall be eligible for payment from the Central Government a one-time lump sum amount of sixty thousand rupees shall be given to the married couple by the Central Government if the single child is a boy or one lakh rupees if the single child is a girl.”

This specific provision provides added incentives to married couples who are living below the poverty line. Here, the bill is obliquely recognizing poverty as an issue for the increase in the growth of the population in India. However, it is also propagating and differentiating between two genders, “boy” and “girl”. It is out rightly violating Article 14 of the Indian Constitution-Right to Equality. The amount payable for a girl child and a boy child shall be equal. The intention behind this provision is understood that if the single child is a girl and if the couple voluntarily undergoes sterilization/ operation, then one lakh rupees is paid to curtail the reproduction of a second child, but morally and legally, it is unethical of the government to substantiate such reasons and propagate inequality.

The section stipulates that “Both the husband and the wife in the case of a married couple, who have more than two children, shall be debarred from:-

(a) contesting in Lok Sabha, State Legislature, and Panchayat elections;
(b) getting elected to the Rajya Sabha, the State Legislature, and similar elective bodies;
(c) getting promotion in government services;
(d) applying to ‘Group A’ jobs under the Central and State Governments;
(e) receiving any kind of Government subsidy, in case the married couple falls in the Above Poverty Line category.”

This specific provision is erroneously obligatory and arbitrary in nature in the sense that it is illegal and without any legal basis debarring couples who will have more than two children from getting promotions in government services
and contesting elections in different legislatures and bodies. It is against the fundamental right- Article 14, Right to Equality, enshrined and provided under the Constitution of India to the citizens of India since nowhere, the makers have included couples employed in private sectors/enterprises. It is a very punitive provision that is restricted to only a particular job class of society. Lawmakers should be more meticulous in making such rigorous provisions.

The section stipulates that “The Central Government, when recruiting employees, shall give preference to candidates having two or less than two living children.

(1) The employee of the Central Government already having two living children may be allowed to procreate one more child in case of disability of the living child or any such circumstances as prescribed in the rules.

(2) An employee of the Central Government whose action is found to be in violation of any provision of this Act shall be liable for dismissal from service.” Again this specific provision is promulgating the reservation system, which is deeply prevalent in India, by adding another criteria/quota. It is also punitive in nature in the sense that in case of the disability of the living child, the couple is allowed to procreate one more child. It is making the entire purpose of this bill redundant and creating situations and circumstances where more than two children are permitted. Instead, in the case of a disabled child, the government should make a one-payment to such couples from the National Population Stabilization Fund for the better future of the disabled child.

This Population Control Bill is prima facie vague and has many lacunas in its perspective. It fails to demonstrate how the objective of the bill can be achieved in reality. It fails to realize that sterilization operations are costly, and not every individual can afford to get the operation done. Specific provisions shall be included stating that the policymakers should bear the costs of the operations and that a standard rate shall be prescribed for such operations done under this bill. The bill fails to discuss how much stipulated time the one-time payment mentioned in Section 7 will be made.

The bill also fails to demonstrate how the registrations will be made to acquire the payment from the government. The government fails to mention on which occasions it will roll out a report of the number of sterilization operations undertaken and the number of people to whom the one-time payment has been made. We shall not forget the unpleasant extremes of the population control measures in India during the emergency. We need to also edify ourselves about the cruelty and human rights violations surrounding the one-child policy. After all, women are the real victims when such policies are implemented.