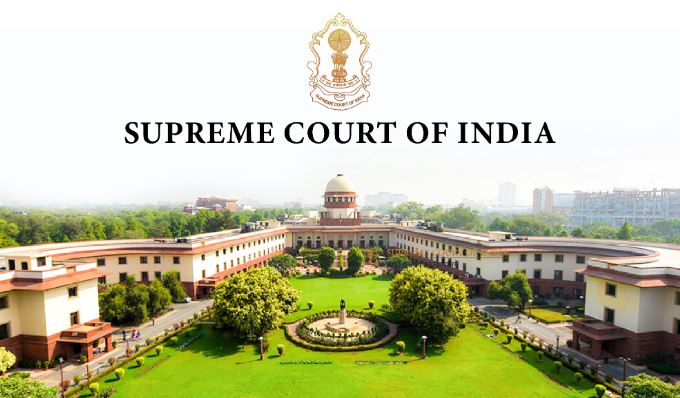 New Delhi: The Supreme Court Agonized Over the Centre For Sitting Over Collegium Recommendations and remarked that it was “not acceptable” and sent a contempt notice to the Justice Secretary after objecting to the Centre deliberating over the names that had been suggested and reaffirmed by the Collegium for confirmation as judges in the higher judiciary.

The Government, according to a bench of Justices Sanjay Kishan Kaul and Abhay S. Oka, was not appointing judges in accordance with the rules set forth by the court last year, which were time-bound. Since it is difficult to find deserving people ready to serve as judges, it was claimed that many eminent lawyers were refusing to accept judgeships as a result of the Centre’s approach and that many of them had revoked their approval.

Backlogs by the Union government in executing the collegium’s recommendations for judicial appointments could very well be a tactic to push qualified lawyers who are unwilling to wait forever to withdraw their names from consideration for the position. The Bench concludes that the practice of keeping names on hold—whether it was initially advised or was reiterated—is evolving into a way to force these people (lawyers) to withdraw their names, as has already happened. However, such actions are unacceptable. The court is expecting answers by 28 November 2022.

Kiren Rijiju, the minister of law, has constantly argued against using a collegium system to choose judges for constitutional courts. Speaking on October 17 at a gathering in Ahmedabad, Rijiju claimed that judges spend half of their time selecting new candidates for the bench rather than actually dispensing justice. He called the collegium system “opaque” and claimed that the Indian selection process is the only one in which judges choose new candidates for the bench.

What Was The Case?

The Advocates’ Association Bengaluru submitted a contempt suit with the court, represented by attorney Pai Amit, stating that the government was withholding several recommendations from 2019 that had since been rejected by the collegium.

The bench further stated that even though Jaytosh Majumdar was recommended in 2019 and had his recommendation reaffirmed by the SC collegium, his name was not cleared, and he recently passed away. There’s no doubt justice and the rule of law suffers when notable individuals are absent from the court.

Similar Instances Are Taking Place From Long Back

Senior attorney Vikas Singh also highlighted to the court’s attention the fact that, in contrast to other names that were approved by the Centre within days, the SC collegium had suggested in September that Chief Justice Dipankar Gupta of the Bombay High Court be elevated to the Supreme Court.

Apex court framed comprehensive guidelines for the appointment of judges

The Supreme court had established detailed criteria for the timely appointment of judges and established deadlines for all decision-making authorities engaged in the process last year. It had stated that the Intelligence Bureau (IB) should submit its report and input to the Centre within four to six weeks of the high court collegium’s recommendation and that the Centre should then forward the file to the SC within eight to twelve weeks of the date it received the state’s and the IB’s report’s views.

The law minister should then receive recommendations/advice from the Chief Justice of India within four weeks, and the Centre should either appoint the candidate right away or can send the recommendation back for revision.

The Center should schedule the appointment within three to four weeks if the names are repeated. The apex court issued the order because there was no deadline set for the central government to submit recommendations, which was causing excessive delays in the appointment of judges. The court noted that the HCs with 40% vacancies are in “a crisis situation.” This was the reason why Supreme Court Agonized Over Centre For Sitting Over Collegium Recommendations

The petitioner requested contempt proceedings against government officials and a directive for ensuring strict compliance with the timetable set by the court, alleging that there was willful disobedience of the highest court’s 2021 judgement.