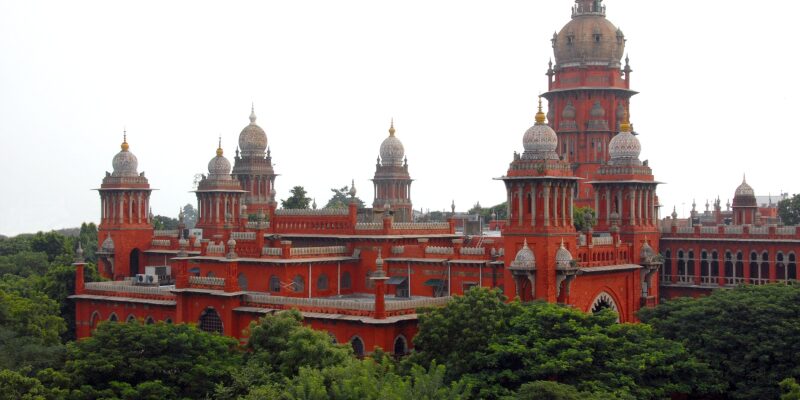 New Delhi: On Monday, 21st of November, the Madras High court’s Madurai Bench gave notice to the Central government. This notice was served in context to a plea to exempt income tax for all persons with less than 8L annual income filed by a person named Kunnur Seenivasan.

What Led To This Case?

This happened when Kunnur Seenivasan, who is an 82 years old petitioner, and DMK’s Assets Protection Council member, filed a petition. He claimed that a section of the Finance Act 2022 that mandates income tax payment for anyone with yearly incomes over 2.5 lakh is “ultra vires”.

It was the bench of Justices R Mahadevan and Sathya Narayana Prasad who served notice to the Central government and Law and Financial ministers. It further instructed them to reply within the period of 4 weeks.

Points Made By Kunnur Seenivasan

Kunnur Seenivasan, the petitioner, argued before the court that the income tax brackets set forth in the existing Finance Act were at odds with the Centre’s own conclusions. That’s because those findings made it clear that households with a gross annual income of up to Rs. 7,99,000 were entitled to receive advantages under the bracket of the Economically Weaker Section (EWS).

According to the petitioner, this means that the yearly income cap for the EWS category is in disagreement with the present tax slab. Furthermore, he claimed that the Finance Act of 2022’s “Paragraph A in Part-I of First Schedule of the Finance Act, 2022,” which set the aforementioned tax slab, violated Articles 14, 15, 16, 21, and 265 of the Indian Constitution.

The petitioner, Kunnur Seenivasan, confronted this schedule based on the latest Supreme Court ruling in Janhit Abhiyan v. Union of India. In that case, the Supreme court affirmed that a socially upwards community household having income up to the limit of Rs. 7,99,999 per year with the exception of assets is a household in the economically weaker section. During this judgment, the Supreme court also maintained the 10% reservation to the Economically Backg Society.

Kunnut Seenivasan, in his plea to exempt income tax for all persons with less than 8L annual income, said that the current Income Tax Act schedule violates the Supreme Court’s ruling. That’s because it would force taxation of citizens who are not able to compete economically, socially, or educationally with those from more privileged communities.

What Was The Main Question?

The Supreme Court affirmed the judgment to designate a total gross annual income of less than Rs 8 lakh for acceptance in the Economically Weaker Section. Thus, how come Rs 2.5 lakh is the baseline of annual income to collect income tax from people?

You should know that this is the main question that was raised in the petition by Kunnur Seenivasan before the Madurai bench of the Madras high court. And it is after all this that the Union government’s response has been requested by the court.

In a 3:2 judgement on the 7th of November, 2022, the Supreme Court reinstated the 103rd Constitution Amendment Act, which extended 10% reservation to the EWS of the “upper” castes. There were two dissenting judges on this decision, and one of them was Justice Ravindra Bhat.

He noted that the reservation was unfair and categorically failed to acknowledge SC and ST communities, as well as the Other Backward Classes. He also believed that the EWS quota uses income as a criterion for inclusion in the category of economically weaker people.

And now, Kunnur Seenivasan also made a plea to exempt income tax for all persons with less than 8L annual income. His petition makes it clear that a sizable portion of those inside the EWS quota fall well within the bracket for which income tax is due.