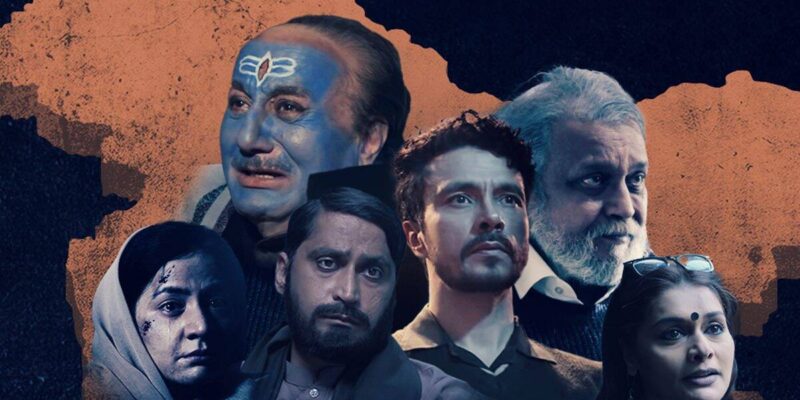 Vivek Agnihotri’s film “The Kashmir Files” has again hit the headlines. Nadav Lapid, an Israeli director and the jury chair of the International Film Festival of India (IFFI), said that “The Kashmir Files” was “vulgar and propagandist” in his remarks which triggered a heated discussion. Lapid gave the movie a comment at the 53rd edition of IFFI’s closing ceremony on November 28, 2022, in Goa. Soon more people joined the discussion against him as the situation developed. While some defended him, others charged that he was insensitive to the plight of Kashmiri Pandits.

Just after Kashmir Files was propaganda, says the IFFI head, it sparked furious remarks from several quarters. In an open letter, Israel’s ambassador to India referred to the unfavorable remarks as an “abuse of hospitality” on the part of the hosts.

People in Indian culture often compare visitors to God. Nadab Lapid, however, has exploited the Indian government’s offer to preside over the @IFFIGoa judging panel as well as the country’s confidence, respect, and kind hospitality. Ambassador Naor Gilon said this on Twitter in a letter to Israeli author and director Nadav Lapid.

About The Movie “The Kashmir Files”

The evacuation of Kashmiri Pandits from the Valley at the height of militancy in the 1990s inspired Vivek Agnihotri’s screenplay and direction of The Kashmir Files. The movie, which Prime Minister Narendra Modi praised and BJP leaders and some BJP-ruled states zealously promoted, was a commercial success but was accused of inflaming racial tensions.

He asserted that the film The Kashmir Files worried and upset him. He thought it was a crude and propagandist film that had no place in the artistic competition of such a prominent film festival. Given that the festival’s ethos can welcome critical conversation, which is vital for art and life, he felt at ease sharing this emotion with everyone.

Anupam Kher, who starred as one of the main characters in the film, described the condemnation of “The Kashmir Files” at the festival as “pre-planned” and charged Mr. Lapid with being inconsiderate to the suffering of Kashmiri Pandits. If you are a jury member, you could use words like “vulgar or propaganda,” according to Mr. Kher, speaking to the media alongside Israel’s consul general Kobbi Shoshani, who also decried Mr. Lapid’s remarks.

Mr. Kher said, “I think it is a profane remark by that person, who himself is raunchy and opportunist.” He remarked that it was not only regrettable but also despicable to use the IFFI as a platform for one’s goals.

A Revelation By Mr. Kher

The actor blamed the entire situation on a group he referred to as the “Toolkit gang.” According to a credible source, he was gone from his room all night. Mr. Anupam Kher revealed that he was not supposed to say this during the festival’s closing ceremony. It was very different from what he said. This was intended since the Toolkit Gang started using social media immediately after he spoke,” he stated.

Nadav Lapid Stand With His Comments

Nadav Lapid, the famous Israeli director and jury chair stated he still sticks by his words despite the harsh criticism he received for his remarks about the Hindi film “The Kashmir Files,” saying he is skilled at spotting propaganda presented as a film. The Vivek Agnihotri-directed movie, Mr. Lapid said, is “crude, manipulative, and violent,” even if creating lousy movies is not illegal.

When questioned if he had in-depth knowledge of the Kashmir dispute to draw such conclusions, Mr. Lapid admitted he “of course did not know quite so. Sudipta Sen, one of the jury members, said remarks made by the Israeli filmmaker were his “personal opinion.

” The Kashmir Files,” released on March 11, had received praise and criticism for depicting the exodus of Kashmiri Pandits during militancy in the early 1990s. It is one of the biggest Hindi language films ever made.