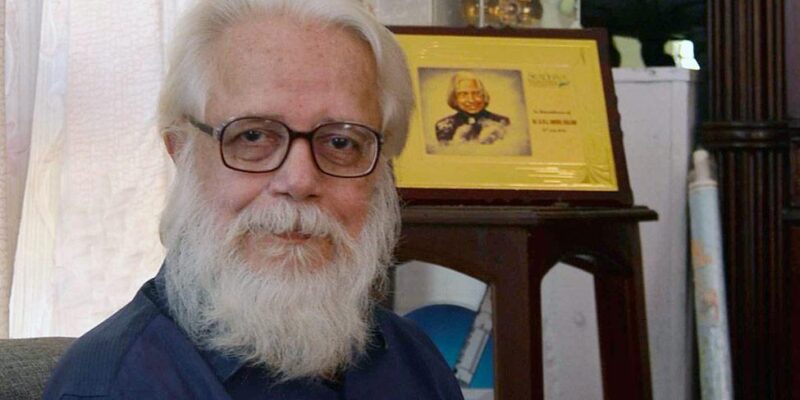 On December 2, 2022, the Kerala High Court’s verdicts were overturned by the Supreme Court, and five former police and intelligence officers received anticipatory relief. It concerns the claimed framing of ISRO scientist Nambi Narayanan in the 1994 ISRO espionage scandal.

The Apex court directed the bail applications back to the High Court, suggesting that it reach a decision as soon as possible—at the very least, within 4 weeks. The Supreme Court also gave the accused protection from detention for five weeks as a temporary remedy until the High Court determines the matter in return for their assistance with the investigation.

Why did Supreme Court Consider This?

What was the ISRO Espionage Case?

A now-disproven claim of espionage against some workers of the Indian Space Research Organization was made in the 1990s by Indian investigation authorities (ISRO). These workers were detained by Kerala police and several Indian intelligence services on suspicion of trying to sell secret documents that contained ISRO-developed indigenous rocket engine designs. The Indian space agency’s expansion was roughly 20 years delayed by the bogus case, and India’s scientific advancements in space exploration were also delayed by several decades. Nambi Narayanan, an ISRO scientist, was the plaintiff in the case.

What did the Supreme Court say?

The SC court reversed the verdict and remanded the case to the Kerala High Court for a new four-week hearing on the arguments. The Court stated that every appeal is valid. After considering all relevant data, the Court further asserted that the challenged verdicts are hereby annulled and set aside. All anticipatory bail requests are returned to the High Court for a new ruling in conformity with the law and light of the preceding observations.

The High Court should make its judgment without being swayed by the interim relief given to the accused, the Court further underlined. During the hearing, the bench noted that the High Court’s ruling had neglected to consider several factors.

The High Court has done many things wrong, the Court claims. The Justice Jain committee report has not been addressed, and specific allegations have not been considered. The High Court should handle each matter individually, according to the Court.

Why Was the Committee Established For The Case?

In 2018, the Supreme Court established a commission under the direction of former Supreme Court justice Justice DK Jain to investigate the larger conspiracy that resulted in the false imprisonment of former ISRO scientist Nambi Narayan and other researchers in the 1994 espionage case while also awarding Dr. Nambi Narayanan reimbursement of Rs. 50 lakhs for his illegal arrest and custodial brutality.

The High Court noted in its ruling granting anticipatory relief that the Kerala police’s worries regarding the espionage case at the time were not without merit. Some of the records that have been made available for review reveal that the officials decided to take action against the scientists because of some dubious circumstances that appeared to point to their efforts at the ISRO, as Justice Ashok Menon had highlighted in the order.

According to the High Court, the petitioners accused of linking former ISRO scientist Nambi Narayanan to the espionage case were swayed by foreign agents. Still, there is “not even a scintilla of evidence” to support this claim, it was added.