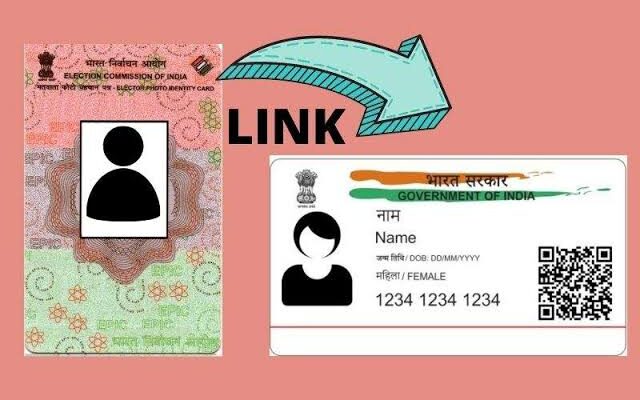 On the premise of an Election Commission proposal, the Union Cabinet a few months back approved the voluntary connection of voter identity cards and Aadhaar, a 12-digit ID that is exclusively granted to Indian citizens based on their biometric data. However, a large number of Aadhaar activists and civil society organizations have expressed concern over this decision, stating that it may cause voters to be dropped from the lists and jeopardize the privacy of their personal information. In this post, you’ll read about the possible implications of seeding Aadhaar numbers with electoral rolls. Keep reading if this topic concerns you!

You should know that the initiative to link voter IDs and Aadhaar is not new. And the scrutiny isn’t either. In 2015, the Election Commission began linking the two. When the Supreme Court temporarily halted the effort as part of a case involving the constitutionality of Aadhaar, it had already finished the process for about 30 crore IDs. But again in December 2021, the latest Cabinet approval in January, for the initiative, there is good reason for worry!

When the Election Commission connected Aadhaar to the voter ID list in 2015, two states—Andhra Pradesh and Telangana—saw the removal of roughly 55 lakh names from their voter databases.

Voter And Aadhar Seeding- A Part Of Law

The Central Government published four notifications following The Election Laws (Amendment) Act, 2021, and one of them included guidelines for planting Aadhaar numbers into the electoral roll. Election registration authorities could now ask for Aadhaar numbers from voters to verify their inclusion on the electoral roll following rules published under the revised sub-clause (5) of Section 23 of the Representation of the People Act, 1950.

The amendment to Section 23 also adopts a retrospective approach, with April 1, 2023, being the date on or before which people who have already registered to vote must seed their Aadhaar number to confirm their entry. This is in addition to using Aadhaar verification for new entries to the electoral roll.

While adding Aadhaar to the electoral list is voluntary, it raises several concerns, such as privacy, data protection, and exclusion issues that require immediate action to ensure a fair election by weeding out fraudulent, duplicate, and fake voter identification cards. Henceforth leading to serious implications of seeding Aadhaar numbers with electoral rolls.

The electoral roll is purportedly authenticated using the Aadhaar number as a single source of truth, although this could have unforeseen implications that entail exclusion at various stages of identification.

The Aadhaar demographic information, particularly the date of birth, is not explicitly validated during the enrollment stage, which could result in errors being entered into the system.

False negatives that prevent eligible voters from casting a ballot could harm India’s democratic system, even if both false positives and negatives during Aadhaar authentication could have an effect.

How people can express their complaints and how the electoral registration officer would handle issues with the authentication mechanism are less clear. Additionally, the likelihood of making mistakes when identifying people to vote increases due to a lack of clarity in terms of course correction and a lack of a cross-checking method to assess the accuracy and integrity of the data.

While Aadhaar can serve as a single source of truth, it is still necessary to have a system in place to cross-check and assess the accuracy and cleanliness of the data before seeding it with the electoral roll because inaccurate data could result in disenfranchisement.

Finally, it’s sceptical about creating a dispute resolution framework where people may air their grievances regarding the Aadhaar seeding of the electoral roll. We Hope this post has helped you understand the implications of seeding Aadhaar numbers with electoral rolls.