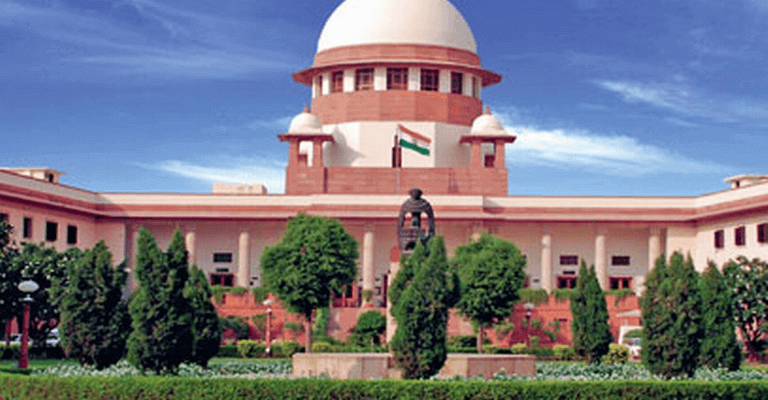 Forceful Conversion of Religion is a Serious Issue, May Affect Freedom and Security of Nation: Supreme Court

The constitution of India provides seven fundamental rights to each individual regardless of caste, religion, creed, sex, birth, etc. One of which is the Right to Freedom of Religion. Article 25 to 28 exclusively covers this thing. Besides these rights being given to Indian citizens, the antagonistic part of the society can be seen shattering them. Such an issue came to light on Monday when the Supreme Court found the forceful conversion of religion a severe problem. Let us know what made the Supreme Justice of India say this.

What was the Issue?

On Monday, 14 November 2022, a bench of Justice Hima Kohli and MR Shah was hearing a PIL (Public Interest Litigation) filed by BJP leader and advocate Ashwini Kumar Upadhyay seeking justice for the uneducated section of society prone to forceful religious conversion. Mr. Upadhyay, in his PIL, has asked the Union and the State governments of India to take strict action against the forceful conversion of religion.

Solicitor General Tushar Mehta representing the Central government, stated that the government is very well aware of the situation and looking forward to taking strict actions. Related to this, the Supreme Court has asked the Union government to make its stand clear, and it has given them time till the 22nd of November to file counters about the steps they have taken to stop such forceful conversion. Possibly, the next case hearing is on 28th November.

According to the filed petition, it was made clear that the weaker section of the society or those who were not very privileged and illiterate were given basic necessities of daily life, for instance, rice and wheat, sometimes they were beaten, or black magic was used to make them convert their religion.

The plea has cited Articles 14, 21, and 25, that this kind of bizarre thing violates a person’s fundamental rights and is also against the integrity of the Indian constitution. The PIL has remarked that the government has failed to take any hard steps regarding this.

What Do the Related Articles Say

According to article 14, each and every person in India is subjected to equal rights before the law.

According to article 15, it is prohibited to discriminate against anyone based on their religion, race, sex, caste, or place of birth.

This article allows the State government to make special provisions for the security of women and children.

This fundamental right gives each Indian protection of life and personal liberty.

According to article 25, every Indian is free to practice any religion. It gives the freedom of conscience and free profession, practice, and propagation of religion.

Forcefully religious conversion is undoubtedly a serious issue as it snatches an individual’s fundamental right. It would be impressive to see what the Union and State Governments say in the next case hearing on November 28.