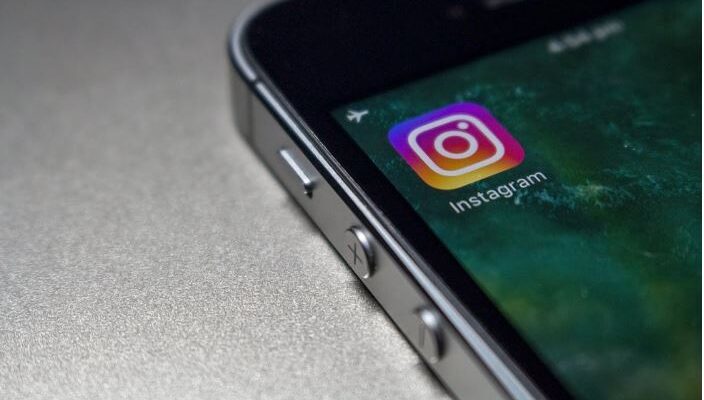 “Bois Locker Room” or “sadistic masculinity” or a “subtle way of advertising rape culture”? We can connote infinite labels to such a criminal act of unsavory objectification of women and teenage girls in an enclosed chat room, which is otherwise not in the public domain but also on social media involving almost a hundred under aged boys who can also be termed as “juveniles” or just turned adults. This particular information has been ridiculed and has gained mass media attention from all over the world.

Throwing some clarity on this, casual sexism, pornography, swapping of nudes without a consensus, sexual remarks, rape fancies, sexual harassment, slut shamming, and morphing images were some of the illegal doings that were carried out in this so-called “small” chat room. This diabolical incident went viral after a south Delhi girl busted the Bois Locker Room by sharing the screenshots of the group chat on Instagram and Twitter. After investigation, the admin of the group, a boy of 18 years old, was arrested by the cyber cell of the Delhi Police.

Even after the #MeToo movement, why haven’t we progressed as a society? The reasons pertaining to the unchanging attitude and the prevalence of “gender vengeance” is due to lack of proper sex education in schools, everyday machismo, prejudiced notion, indulging oneself in whataboutism, oblivious parenting, etc. Citing more of such incidents, which were widely ridiculed- in 2019, a Mumbai school suspended 8 boys who indulged themselves in slut shaming and using abhor terms like rape and trash via WhatsApp for their female classmates.

Another occurrence that occurred simultaneously with the “Bois Locker room” was the leaking of an apparent sexual assault conversation on Snapchat concerning the rape of a girl, wherein later it was revealed that a girl emulated herself as a boy and planned for her own rape. The netizens deceitfully clubbed these two incidents together and claimed: the “Bois Locker Room” to be a bogus construct.

Until now, the police has interviewed/questioned many members of the group and have seized many phone and have dispatched the same to the forensics to retrieve the lost/deleted data. The offences perpetrated by the netizens belonging to the “Bois Locker Room” attract penal provisions and amounts to violation of various laws of India. It constitutes offences under :

This section enumerates- Punishment for violation of privacy.–Whoever intentionally or knowingly captures, publishes or transmits the image of a private area of any person without his or her consent shall be punished with imprisonment, which may extend to three years.

(iv) Making sexually colored remarks shall be guilty of the offence of sexual harassment.

This section enumerates- Voyeurism.— Any man who watches, or captures the image of a woman engaging in a private act in circumstances where she would usually have the expectation of not being observed either by the perpetrator or by any other person at the behest of the perpetrator or disseminates such image shall be punished with imprisonment for a term which shall not be less than one year, but which may extend to three years.

This section enumerates- Defamation.— Whoever, by words either spoken or intended to be read, or by signs or by visible representations, makes or publishes any imputation concerning any person intending to harm, or knowing or having reason to believe that such imputation will harm, the reputation of such person, is said, except in the cases hereinafter excepted, to defame that person.

This section enumerates- Whoever commits the offence of criminal intimidation shall be punished with imprisonment of either description for a term that may extend to two years.

This section enumerates- Whoever commits the offense of criminal intimidation by an anonymous communication, or has taken the precaution to conceal the name or abode of the person from whom the threat comes, shall be punished with imprisonment of two years.

This section enumerates- Word, gesture, or act intended to insult the modesty of a woman.—Whoever, intending to insultthe modesty of any woman, utters any words, makes any sound or gesture, or exhibits any object, intending that such word or sound shall be heard, or that such gesture or object shall be seen, by such woman, or intrudes upon the privacy of such woman, shall be punished with simple imprisonment for a term of three years.

Section 13 of The Protection of Children from Sexual Offences Act, 2012

This section enumerates- Whoever uses a child in any form of media for the purposes of sexual gratification, which includes:

(a) representation of the sexual organs of a child;

(c) the indecent or obscene representation of a child,

shall be guilty of the offence of using a child for pornographic purposes.

Section 15 of The Protection of Children from Sexual Offences Act, 2012

On 04.05.2020, the Delhi Commission for Women took suo moto cognizance and issued a notice to the social media platform Instagram and Delhi Cyber Police and mandated to provide specific details of the admin and other group members which include their name, handle name, Email-ID, IP address, location and any other necessary information. But unfortunately, restricted and partial information was tendered by Instagram to the police, which proved to be a major impediment to further continue the investigation.

On 05.04.2020, three practicing lawyers of Supreme Court wrote a detailed letter and requested the Supreme Court to intervene in pursuance of the timely investigation, inquiry and adjudication of this offence. On 06.04.2020, Advocates Neela Gokhale and Ilam Paridi made a representation of the Delhi High Court to take Suo moto cognizance and register an FIR against the perpetrators and also initiate investigation on the same.

Subsequently, a Petition was filed by Advocate-on-Record Omprakash Parihar and Dushyant Tiwari on behalf of Dev Ashish Dubey, wherein the petitioner prayed to get the Instagram group “Bois Locker Room” issue investigated through SIT or CBI to arrest all the Instagram Group “Bios Locker Room” members immediately and to provide safety to the girls and women who have expose this heinous crime of students, so that they cannot be harmed by the members of “Bois Locker Room” group.

It is horrendous to witness the creation of “Bois Locker Room 2.0” right after the busting of the original group. Instead of being contrite and abysmal, themembers of this room threatened girls and pronounced rape threats on them.This conduct of the perpetrator manifests that nothing has changed and nothing ever will. Women will always be a target of male abhorrence, collectively. Presently, it is required by our judiciary to take austere action and not only let alone ensure that justice has been done but to similarly ensure that it is also to be seen.